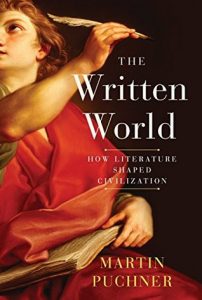 As of Chapter 3, I’m not so sure about this book. The author is one of the editors of the New Norton Anthology, which provides some credibility, but I have the sense that he doesn’t know what he’s talking about sometimes, but I’m not educated enough to catch him. Also, the way he talks about Jesus is a little too reverential for my (admittedly atheistic) taste.