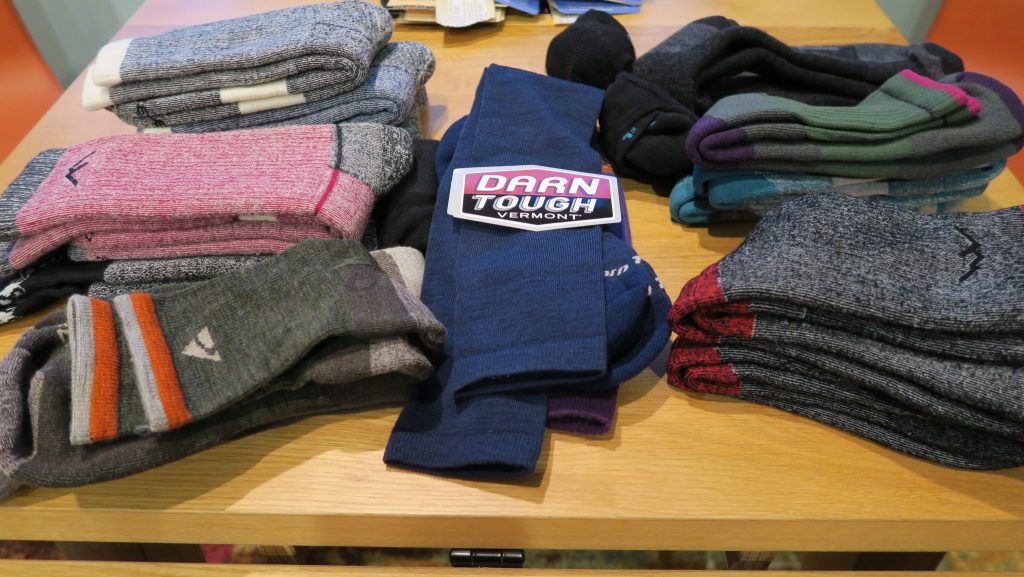 I spent the day yesterday driving through the early snow to Northfield, Vermont to get a deal on superior socks. Jessamyn from Metafilter told me that the Cabot factory sale is where all of Vermont gets its socks. She doesn’t seem like the type to be fucking with me, so I’ve a trip to the sock show in the back of my mind for months. This one really serves a dual purpose for me — I’m a sucker for weird niche events and comfortable feet.

November rolled around, and a little digging revealed a local blog post with the dates. Always up for an adventure, Mom agreed to make the 4 hour round trip with me. Yes, for socks. But these are world-class socks, people. 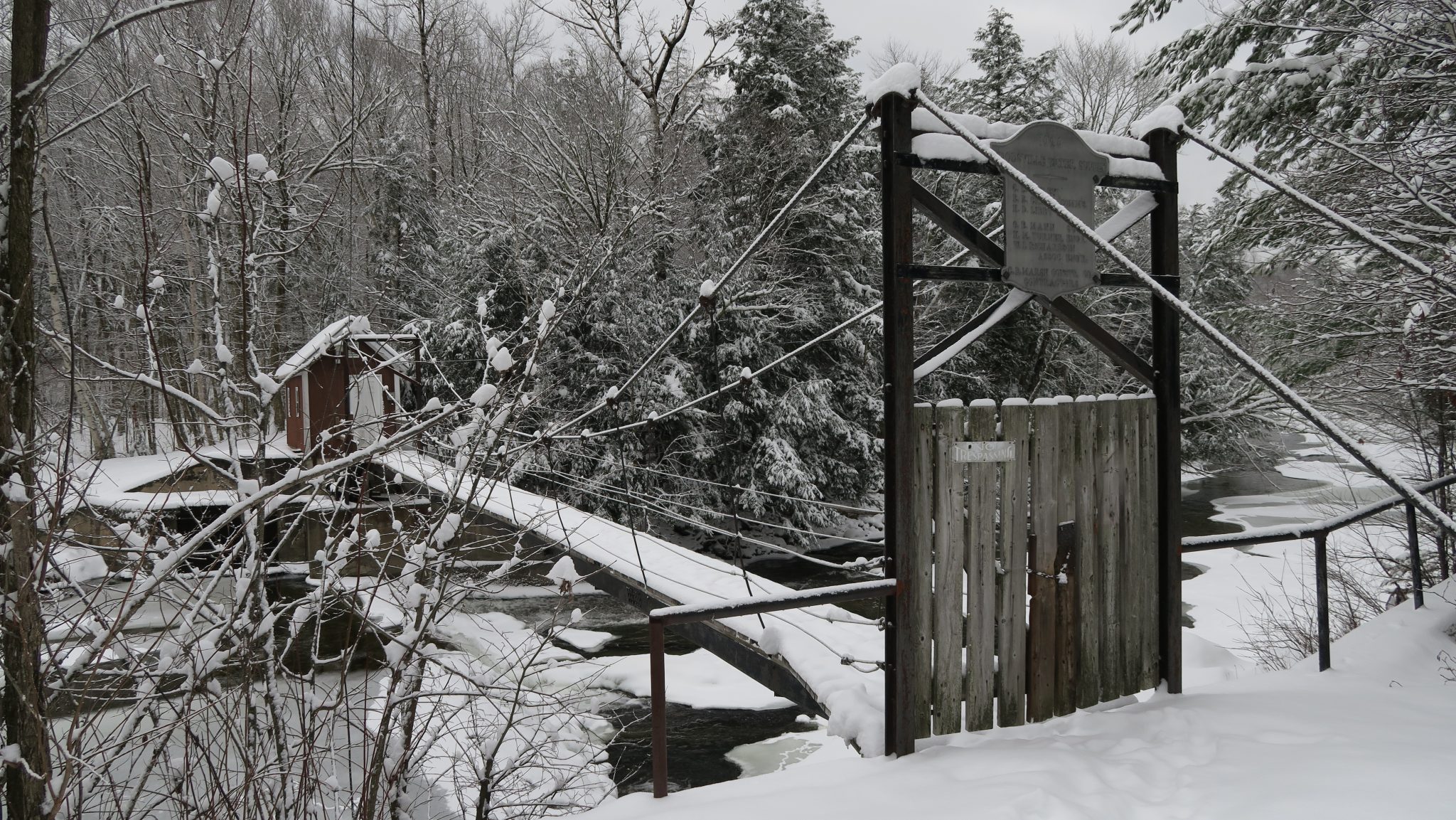 When we reached Northfield, we were greeted with a banner spanning Main St. announcing the sale. It was big news.

The final turns in the GPS directions were totally unnecessary. The road was blocked with cars for about the final 1/4 mile of our drive. They had — I shit you not — a massive shuttle bus for the overflow parking. This looked more like a fair than a sock sale. The lengths New Englanders will travel for a deal on some nice wool socks is pretty amazing.

After waiting in several lines, first in the car, then in the warehouse, we ended up in a giant box maze that led us into a massive room filled with hundreds of people.They didn’t allow photos, so I only snapped one in the antechamber, which doesn’t do the place justice:

Rest assured: the bins were large, and the socks were flying. Unless you’ve been in a sock factory before, you’ve never seen so many socks. In Vermont fashion, folks were fairly genial. I only saw a few elbows thrown.

We bought a sofa at the family furniture story in Plymouth yesterday from a woman named Peggy* — mid-sixties, fine bone structure, blue eyes, wrinkles that caused her great stress. She wore the Plymouth, NH version of fashion for women of a certain age: leopard print head scarf, flowy, bright layers, maybe a vest, tights, clunky Wicked Witch shoes. Although she didn’t behave as a typical pushy salesperson, she was selling furniture nonetheless, so we spent much time talking with her.

Mostly, she wanted to know about us. G. Showed her pictures of our old apartment in Philly, of Zorro, and told her the story of OMR/Clio. While getting people to talk about themselves is a stalwart sales tactic,
Peggy’s motives were other.

Why did we move here? Purposed rooms? What were the rooms for? Home office? What did we do? When we mentioned a music studio,
Peggy lost her breath for a second. She needed to know what we did with music.

“Plymouth’s music scene is much better than most towns this size.” She kept pressing us on the question of public performance, like if we play in Plymouth, her life will somehow improve. Does she imagine drinks with the musicians after the big show? Does she have the desire to touch greatness? (As if she could know whether we’re great…)Or maybe she simply wants more music in the world.

In addition to fainting over music, Peggy has a thing for dogs. G. And I are under strict orders to bring Zorro in to the store with us next time so that
Peggy can “see his American Eskimo smile.”

This is in stark contrast to conversations we’ve had in Warren, where no one wants to know anything of us. We’re of the outside. Peggy watches television and identifies with the characters, tries to emulate their style, is interested in the places they live. For the people around here, watching TV is more like going to the circus — what will the big dumb animals do today? This is the primary difference that, despite the amenities and conveniences in a place like Plymouth, makes me glad we landed here in Warren.