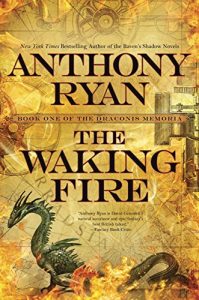 The Waking Fire (The Draconis Memoria, #1)

Previous Post: « I work, therefore I meditate, therefore I work harder.
Next Post: The nut, the moron, the stylist, and the critic »